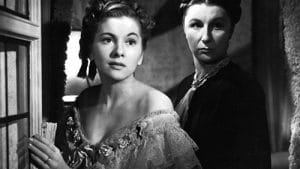 This week, the wonderful Katie Walsh returns to chat with director Emma Tammi. Emma is a filmmaker based in Los Angeles, whose most recent documentary films include Election Day and Fair Chair. She made her narrative feature directorial debut with the Western horror movie The Wind, which premiered at the Toronto International Film Festival in 2018, and was released in April by IFC Midnight.

The movie that Emma has chosen to discuss shares a number of similarities to her own lonely-haunted-woman film – Alfred Hitchcock’s sole Best Picture winner, Rebecca. She and Katie discuss all of the masterful aspects of the movie – the mood, the set, the acting, the lighting. Emma shares how many of these attributes inspired her decisions on The Wind. Plus, Katie reveals some hilariously volatile memos between producer David O. Selznick and Alfred Hitchcock. And Emma talks about her all-time favorite Hitchcock films, and what makes him such a genius.

You can stream The Wind now.

With Katie Walsh and Emma Tammi.

Liked Episode 93: ‘Rebecca’ with ‘The Wind’ Director Emma Tammi? Listen to these next...