From the mightiest of heroes to the worst of villains, it’s another LIVE edition of Go Fact Yourself! This time with special guest co-host Allie Goertz! 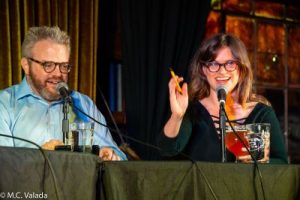 Ann Magnuson is a legendary performance artist, musician and actor. Her movie resume includes Cabin Boy and The Hunger. She’s also recently gained attention for her recent role in “Star Trek: Picard.” And that’s right… she’s actually MET Sir Patrick Stewart! She’ll share some fun stories of him on set and explore some of the lesser known parts of her filmography.

Hal Lublin is a podcaster, whose shows “Tights and Fights” and “We Got This with Mark and Hal” are on the Maximum Fun Network. They’re both shows that are built off his passions for different areas of pop culture… and his desire to be right all the time. Hal is also a voice actor. You can hear him as regular characters on the podcast “Good Morning Nightvale” and the Adult Swim show “Venture Bros.”

What’s the Difference: Use Your Words

What’s the difference between “use” and “utilize?”

What’s the difference between an accent and a dialect? 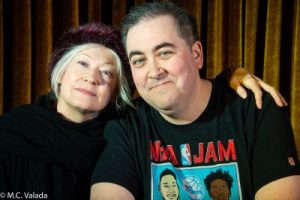 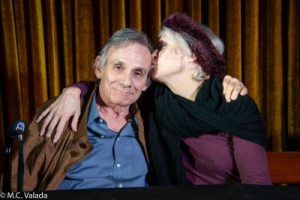 And wear a mask!