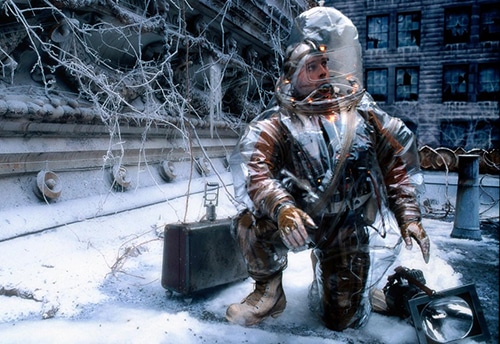 This week we have the director of the new drama Sadie, Seattle’s own Megan Griffiths. The genre film that she has chosen to discuss is Terry Gilliam’s weirdo time travel movie 12 Monkeys. Megan and April really get into the ins and outs of working in independent cinema; from the casting to achieving control on set. Megan discusses how she and Terry Gilliam have the similarity of not working within the Hollywood system; Gilliam living in London while Megan lives in Seattle. She elaborates on her new movie Sadie and shooting in a trailer park with Melanie Lynskey. April and she also cover shooting nudity and the need for the actors to be completely comfortable. This is a great conversation that proves you don’t have to work within the confines of Hollywood in order to be a successful filmmaker.

Check out the trailer for Sadie which is in theaters now.

And if you haven’t seen it yet, go watch 12 Monkeys

With April Wolfe with Megan Griffiths.