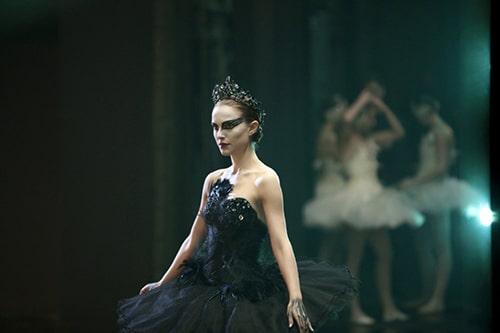 This week we are very lucky to have award winning writer and director Nijla Mu’min on the program. In 2014, she was selected for the Sundance Institute Screenwriters Intensive and her debut feature, Jinn, won the Special Jury Recognition Award for screenwriting at the 2018 SXSW Film Festival. Jinn tells the story of a high school senior whose mother becomes taken by the beliefs and practices of Islam, which sets up a series of trials for the girl as she tries to navigate her own belief systems. The central character uses dance as a type of release. So it’s fitting that the film Nijla has chosen to discuss is Darren Aronofsky’s Black Swan. April and she explore the different ways that Nijla’s film and Aronofsky’s film use dance as a form of expression for the protagonists. Nijla also describes how she relates to Natalie Portman’s character Nina Sayers in her pursuit of perfection. Plus, Nijla elaborates on her desire to honor her community in the representation of Islam in her film Jinn.

Check out the trailer for Jinn. The film will be in select theaters on November 15th and streaming on November 16th.

And if you haven’t seen it yet, go watch Black Swan.

With April Wolfe with Nijla Mu’min.