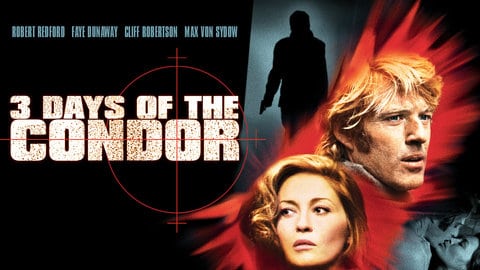 3 Days of the Condor

Adrienne Barbeau was born in Sacramento, California, and caught the showbiz bug while entertaining troops on Army bases in Southeast Asia as part of the San Jose Civic Light Opera. She moved to New York City in the 1960s and made her Broadway debut co-starring in Fiddler on the Roof with Bette Midler. She went on to star in more than 25 musicals and plays, originating the role of Rizzo in the Broadway production of Grease, for which she was nominated for a Tony. From 1972 to 1978, Adrienne starred in the sitcom Maude as Carol, the daughter of Bea Arthur’s character. She was nominated for a Golden Globe for that role. She also made appearances in numerous TV shows, movies of the week and game shows. In 1980 Adrienne starred in her first theatrical film, John Carpenter’s The Fog, as radio deejay Stevie Wayne. That film established her as a genre film star. She went on to star in sci fi and horror classics such as Escape from New York, Wes Craven’s Swamp Thing, and the Steven King adaptation Creep Show. She’s also starred in comedies like Canonball Run and Back to School and Cannibal Women in the Avocado Jungle of Death. She’s never stopped working and we’re thrilled to have her on the show with guest host Katie Walsh.

Adrienne chose to talk about 3 Days of the Condor, based on the 1974 novel Six Days of the Condor by James Grady. Sidney Pollack directed the 1975 film, which was written by Lorenzo Semple Jr. and David Rayfiel.

If you haven’t seen it yet, go watch 3 Days of the Condor. For those of you with library cards, you can stream it for free on Kanopy.

With Katie Walsh and Adrienne Barbeau.