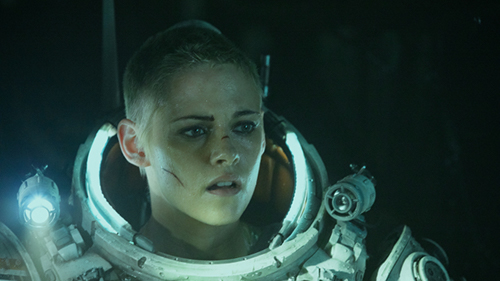 A tender, hilarious, thoughtful, and illuminating conversation with transgender actress Zoey Luna. She’s on the show to talk about Kristen Stewart’s recent nautical sci-fi film, Underwater. Zoey compares her own struggles in dealing with her mother, her abuser, and having to suppress her emotions to move forward, with the struggle of Kristen Stewart’s character in the film. Zoey also discusses how she made herself cry on the set of the upcoming The Craft remake (it was by watching a scene from The Fox and the Hound). And she reveals why she doesn’t like other people doing her hair. Zoey is a star. You will know that as soon as you hear her. Also, she says she’s a star in the episode.

You can watch Pose now to catch some of Zoey’s work.

AND, if you want to check out April’s Staff Pick – watch Claire Denis’ High Life

With April Wolfe and Zoey Luna

Liked Episode 135: ‘Underwater’ with Zoey Luna? Listen to these next...