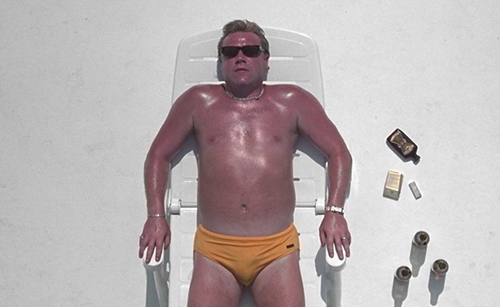 A fascinating episode with Crystal Moselle, the director of one of the most interesting documentaries of the last decade, The Wolfpack. She’s on to discuss a film that has very little in common with her own work, at least stylistically, but one that she loves nonetheless; Jonathan Glazer’s Sexy Beast. She starts the conversation off by revealing that the protagonist of the film, the sunbaked retired gangster Gal, is her dream man. Crystal also talks about how she learned to trust her instincts after randomly approaching the subjects of The Wolfpack, the Angulo Brothers, on the streets of New York. She opens up about tackling every new creative challenge that comes her way. And lastly, Crystal discusses her newest project, HBO’s ‘Betty,’ about a crew of skateboard girls in New York.

You can watch Betty on HBO now.

AND, if you want to check out April’s Staff Pick – watch Kathryn Bigelow’s Point Break

With April Wolfe and Crystal Moselle

Liked Episode 131: ‘Sexy Beast’ with ‘The Wolfpack’ and ‘Skate Kitchen’ Director Crystal Moselle? Listen to these next...