It’s halloween, which means something scurry that maybe used to bring joy to many is lurking around every corner: Clowns! Ah! And they even have a sequel to a very particular clown coming back to haunt us. The twins lament over their fears: IT! It’s back! Is there a scientific reason as to why people don’t like clowns? The Wonder Twins also piece together the real meaning behind a very popular 90s dance jam and surprise: it’s nasty. It’s the 90s! James is freshly back from seeing the new and exciting version of OKLAHOMA! This ain’t yo mamma’s Oklahoma, on this dark take on this usually up beat American musical. This transitions into a conversation of how to do a remount of a classic play.Nnekay has some suggestions for him to see next. The duo talk about the rise in violence against the LGBTQ community, and is the economy really booming in Trump’s America? Also the shitty tactics employed by the North Carolina State Representative to get bills paid on 9/11. The main event is all about The Moors! James breaks down who they are and how they brought alllllll the magic to Europe, brining them out of the Dark Ages and into the Renaissance giving us advancements in education, hygiene, food, medicine, dining, sexuality, music, technology, agriculture, the modern city, and more! The Moore’s are giving us more, and it’s time we give them credit, as once again Black folks and their contributions have been washed out of history. Not today on Minority Korner! James will probably drag Europe for there sad dark living before the Moors came in and Fixed Their Lives! Get ready to have your mind blown about the Moor’s!

MK213: Talk Nerdy to Me (The Witcher, LOTR, The Matrix, Video Games, Black and in Tech, DDR) 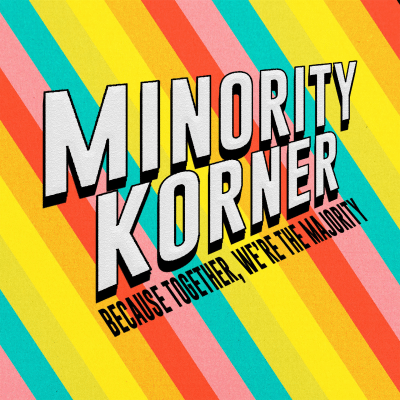