It’s so hard to say goodbye.. it’s the very last episode of Minority Korner. Nnekay is back to help James close it out, and they both just took a DNA test and it turns out they’re 100%: a bunch of things! Nnekay and James reminisce about episodes past and wonder back to yesteryear. Hear about how it all began. Remember our taglines? Our theme song? How much has changed, what’s still the same? Hear about what was going on in their lives at different stages and moments. We go through the highlights, the memories, the laughter, the tears of  past episodes that made Minority Korner what it is today. Its been quite a Journey from the gay Warriors of Thieves, LGBTQIA+ Homless youth, Why Your Camera is Racist, Texas Rangers, Stagecoach Mary, The Black women mortality rate, Tulsa Okalahoma, speaking Hidden Figures into existence and much more. It’s time for the final episode of Minority Korner.

Guest Co-Host: Nnekay FitzClarke (she/her) The MK OG, Nnekay Ayana FitzClarke, Esq. Here to bring all the hoes to the yard with my thoughts, thots, and hots. A librarian, mother, and crafter with an etsy store that you should check out and buy my stuff. Also promote it. She wants to get that sponsorship goodness. IG: @nnekay 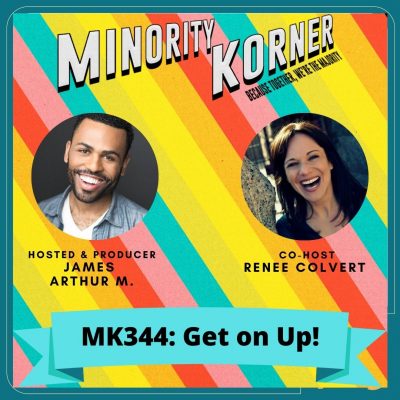