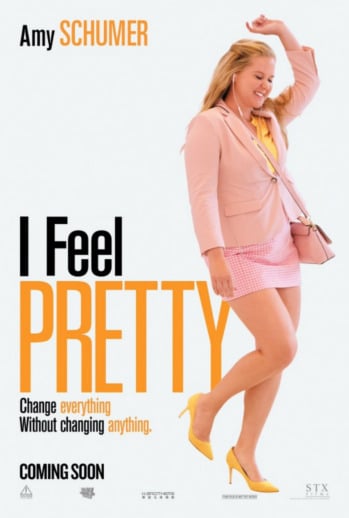 I Feel Pretty
You’ll all feel pretty after this episode! This week’s crew is comprised of Ricky Carmon, April Wolfe, Drea Clark, and “Mrs. Alonso Duralde” – film critic, Dave White. They tackle the somewhat controversial new film I Feel Pretty. They discuss beauty standards within the film industry, Amy Schumer, and the juggernaut performance of Michelle Williams as Avery LeClair. Plus, Drea shares a sweet story about Fred Durst and Dave rates some famous sex tapes. Not to mention, the gang talks about those “unconventionally sexy” movie stars that don’t get the love they deserve. All on this week’s episode!

Allison Mack tries to recruit Emma Watson into a sex cult, Victoria Mahoney becomes the first black director on a Star Wars film as she is hired as the second unit director on Star Wars: Episode IX, and John Travolta says working with Fred Durst “may be his favorite” experience on a film.