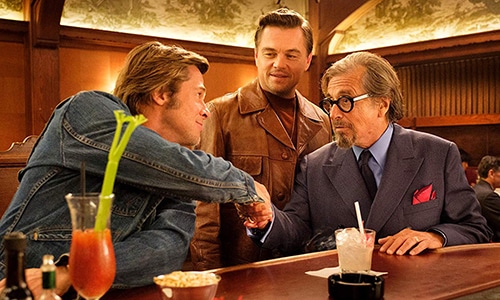 Once Upon a Time In Hollywood
Lots of feelings on this show! It’s our 100th episode, we say goodbye to our beloved April Wolfe, and we’re talking about the controversial new Quentin Tarantino film Once Upon a Time In Hollywood. Plus, we get a phone call from a mystery guest (it’s Inkoo Kang). Alonso serenades April with his own version of ‘Sometimes It Snows In April.’ You get to hear Ify flip out in real time at the realization that he’s going to miss the Hobbs & Shaw episode next week. And, as always, staff picks.