Can we get a price check on podcasts? It’s a new episode of Go Fact Yourself — featuring stars from the hit NBC sitcom “Superstore”!

Ben Feldman is an actor known for playing quirky and lovable characters on shows like “Mad Men” and “Drop Dead Diva.” But he’ll tell us about one role that allowed him to showcase his talent of portraying a jerk… and Helen Hong was there to see it in person! Ben is in the upcoming series “Monsters at Work” on Disney+.

Ben’s opponent is renowned comedian and actor Lauren Ash. Like Ben, she also stars in “Superstore.” She’ll tell us about how the show has helped her navigate uncharted waters, including life in a pandemic and stan twitter. Lauren also hosts the podcast “True Crime and Cocktails”

This week, our contestants will answer questions about the joy of competition and the magic of true love.

What’s the difference between “Imitate” and “Emulate”?

What’s the difference between cat hair and cat fur? 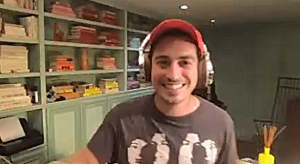 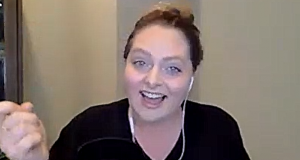 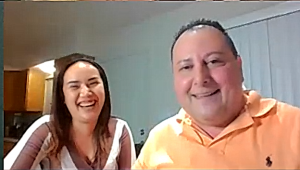 David and Annie Toborowsky, couple featured on the TLC series “90 Day Fiance” and stars of “Spice It Up” on Facebook Watch.  (“90 Day Fiancé” currently airs Sunday nights on TLC and new 90 Day spinoffs will be on the new streaming platform Discovery+, launching January 4th). 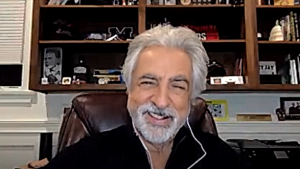