Whether you’re in the mood to surf some waves or binge some TV, this episode of Go Fact Yourself is for you!

As an actor, Quinn Cummings saw success at an early age. She was nominated for an Oscar for her role in the film The Goodbye Girl. It was a great experience, but one that put a bit of a strain on her relationship with her mother… and her hair. She’ll explain. Quinn can be heard on the podcast “Quinn Cummings Gives Bad Advice”.

Like Quinn, Greg Behrendt also has experience giving others advice, especially with relationships. He’s written several books about love, including He’s Just Not That Into You and serves as a private life coach. What exactly are his qualifications? Just a 30-year comedy career, multiple books on the New York Times bestseller list and the fact that he survived cancer (twice).

The guests will compete to answer trivia questions about surf music, animated Netflix shows and their respective expertise on cats and dogs.

This episode is sponsored by Spencer Marks’ new science-fiction novel Living History. Go to livinghistorynovel.com and enter the promo code “HELEN” to purchase the book for a discount and to have it personally autographed.

What’s the difference between liquor and liqueur?

What’s the difference between trash and garbage? 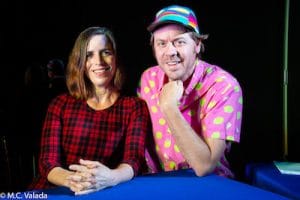 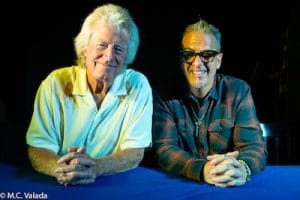 Dean Torrence, one half of the surf-music duo Jan and Dean.

Go Fact Yourself was devised by Jim Newman and J. Keith van Straaten, and produced in collaboration with Maximum Fun. The show was recorded at the Carl Sagan and Ann Druyan theater at The Center For Inquiry in Los Angeles.

Liked Ep. 46: Quinn Cummings & Greg Behrendt? Listen to these next...