This week on Go Fact Yourself, it’s not just a game of trivia: it’s a game of hardcore roller derby AND a game of Super Mario!

You probably know Adam Conover from his TruTV show, “Adam Ruins Everything,” where he uncovers the complicated, and often problematic, backstories behind topics like voting, football, Hawaii and more. He’ll also tell us about his own complicated backstory: as the only member of his family without a PhD. Adam can also be heard on the podcast “Factually!”.

Adam’s opponent is comedian and writer Jill-Michele Melean. She was the first (and last) Latina cast member on “MADtv.” She was known for her celebrity impressions, most notably for Britney Spears and Drew Berrymore. And don’t worry… she’s happy to demonstrate. Jill-Michele can be seen in her stand up special “White/Latina” on Amazon Prime.

The guests will also discuss topics like clean eating, public transportation and the value of tasteful plastic surgery.

This episode is sponsored by Trivia Con, happening April 3-5, 2020 in Las Vegas.

What’s the difference between a bell and a chime?

What’s the difference between a tram and a trolley?

Jill Michele-Melean: Eating clean, being the best aunt ever, everything Drew Barrymore. 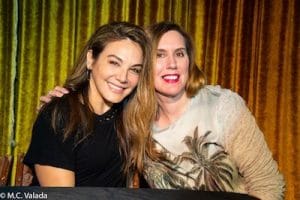 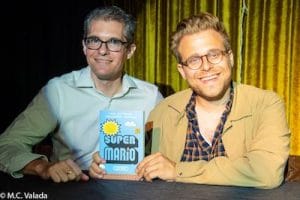 Liked Ep. 47: Adam Conover & Jill-Michele Melean? Listen to these next...