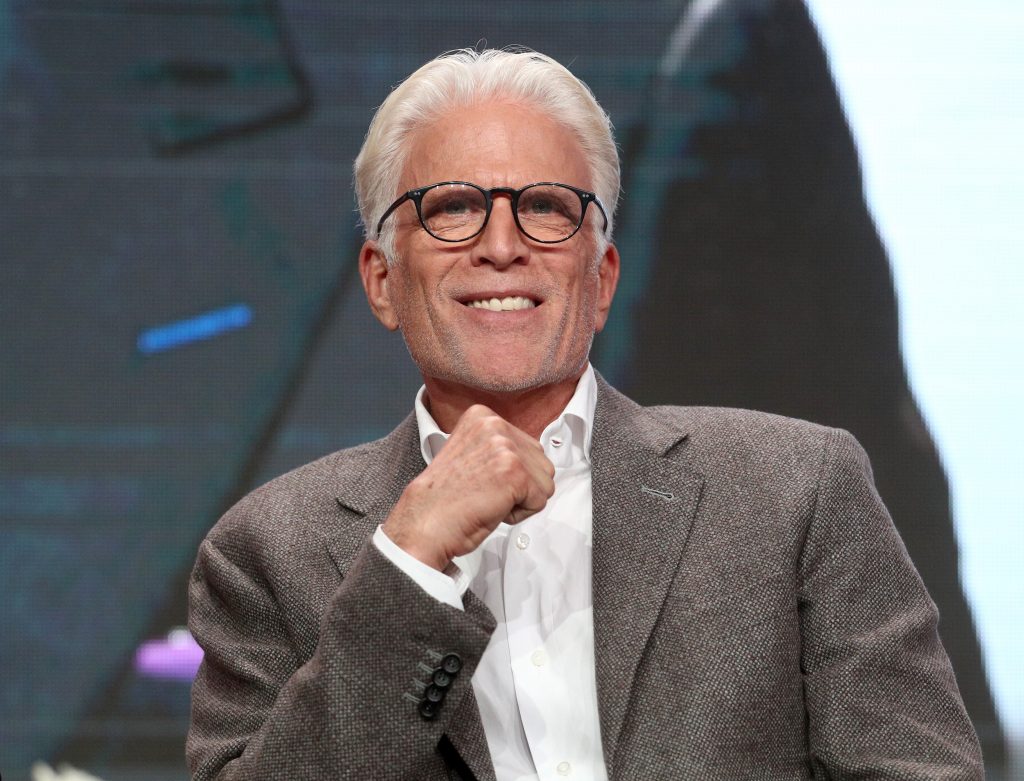 Ted Danson didn’t grow up having ambitions of becoming the next great actor. Which seems a bit hard to believe given his incredible talent and the illustrious career he’s crafted over the last 40 years. With movie star good looks and roles on hit shows like Cheers, Damages, Curb Your Enthusiasm, and The Good Place, Ted seems like he was destined to be on stage and screen. But the way he tells it, he only went on his first audition because he was on a date that he didn’t want to end. Luckily for us, once he made it on stage there was no turning back.

Ted’s versatility as an actor has always been obvious if not always acknowledged. While he is best known for his comedic roles, the late 1990s and early 2000s saw him feature in more dramatic roles on series like Gulliver’s Travels, Damages and CSI. But his bread and butter has always been comedy. Ted won two Emmys playing ex-relief pitcher turned bar owner, Sam Malone on the classic sitcom Cheers, and in more recent years he’s had a sitcom renaissance playing roles like Michael, the demon with a heart of gold, on The Good Place.

Ted’s newest show is Mr. Mayor. It’s a comedy from the minds of Tina Fey and Robert Carlock – the creators of 30 Rock and Unbreakable Kimmy Schmidt. In it, he plays the title role: Mayor Neil Bremer. Neil’s a former billboard tycoon who’s just been elected mayor of Los Angeles. He’s cheerful, goofy and… not great at this sort of thing.

You can watch new episodes of the show on Thursday nights at 8/7 Central, and on a handful of streaming platforms including Hulu and Peacock.

Ted joins Bullseye to talk about Mr. Mayor, growing up in Tucson, and what he hopes happens when he dies. Plus, Ted tells Jesse why you never let comedy writers know your secrets.

Liked Ted Danson? Listen to these next...