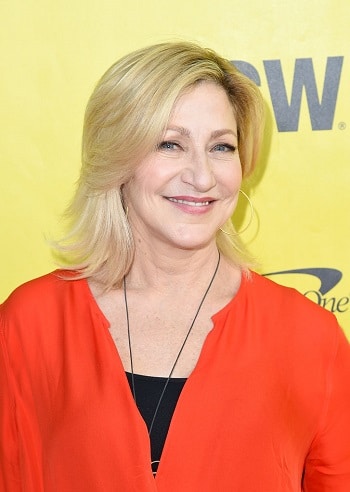 Photo: Michael Loccisano/Getty Images
Edie Falco on Outside In and her legacy in The Sopranos
Edie Falco was over a decade into her acting career before she got her breakout role as Carmela Soprano in the classic HBO mob drama The Sopranos.

She was brilliant on the show: loving, fierce, tragic and independent. She subverted the mob wife archetypes, too. Above anything else, Carmela wanted a normal life, she wanted her kids to go to a good school, she wanted her husband to show up for dinner.

She then went on to play the lead role in the Showtime dark comedy Nurse Jackie , for which she won an Emmy in 2010 for Outstanding Lead Actress in a Comedy Series.

In 2018, she joined us to talk about Outside In. In the film, Edie plays Carol, a married high school English teacher who became pen pals with a former student named Chris. He’s been serving a 20-year prison sentence. After he gets out of prison, things get complicated between them.

Edie talks to Jesse about landing her first acting gig, which she started the day after she graduated from acting school at SUNY Purchase. Plus, Edie tells us why she thinks comedy isn’t for her, and she’ll reflect on working with James Gandolfini for nearly a decade on The Sopranos.