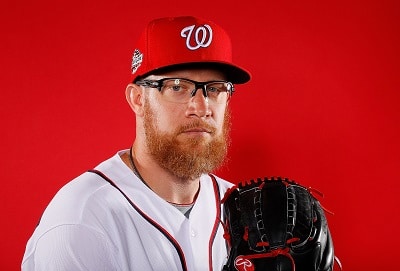 Sean had an improbable journey to the majors. He was originally drafted as a hitter in 2007 before being sidelined by knee injuries. He didn’t play for two years as a result. When Sean joined us in 2017, he talked to Jesse about the physical and mental obstacles he faced during recovery. At one point, he thought about giving up and going back to college to earn his degree.

Eventually, Sean was encouraged to try his hand at pitching instead. As it turns out, he had an excellent arm and could throw in the mid-to-high-90s. He played with the A’s, and was selected as an All-Star in 2014. It’s been a pretty good career for a guy that wasn’t even supposed to be a pitcher.

Sean’s known as one of the nicest guys in the majors. He’s used his platform as a baseball player to raise awareness about a number of causes. He’s worked with veteran groups, spoken out publicly for LGBT rights and hosted a Thanksgiving dinner with Syrian refugees.

You can find out what Sean’s up to on Twitter.