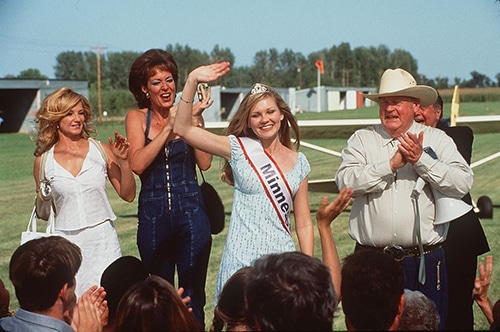 Melanie Kirschbaum started her LA career working for Jeff and Jackie Filgo, and then Vali Chandrasekaran on Modern Family, while Alexandra Decas was with Jonathan Groff on Black-ish. The two met when their bosses were working on a pilot together, and they decided to join forces when they found themselves standing outside of their offices at Disney, bemoaning their crappy Tinder matches. They wondered, presumably aloud, “If Elizabeth Smart has it all figured out — a husband, a career, great hair — what’s our excuse?” So they wrote a one-act play entitled “Smart” to get to the bottom of it, as well as a comedic one-act about 9/11 called “Center of the Universe.” After that, they joined the Netflix/Dreamworks show The Boss Baby: Back in Business as staff writers, but then hit some network gold when they were staffed on the critically acclaimed hit show Grown-ish, a spinoff of Black-ish that follows Zoey Johnson as she navigates college life. Grown-ish was just renewed for season 3 and can be seen on Freeform.

The movie that Alex and Mel have chosen to discuss is an important film for Minnesotans everywhere – 1999’s Drop Dead Gorgeous. The two of them and April marvel at the fact that this movie is so inappropriate by today’s standards – but still so funny! The two writers open up about how their writing process used to be incredibly unorthodox. One of them is outed as a frequent “office cryer.” And, of course, the conversation covers something April is very passionate about – the eyebrow styles of the 1990s.

You can see Grown-ish on Freeform.

And if you haven’t seen Drop Dead Gorgeous yet, go watch it!