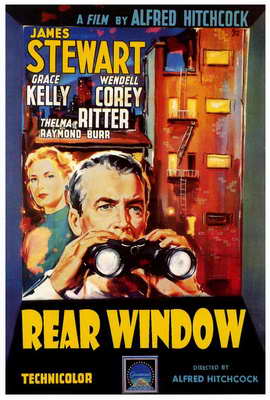 We are so lucky this week to have TV creator, writer, and director Veena Sud on the program. She’s most well known for creating the TV show, The Killing. But she’s got a new show out now called Seven Seconds. It follows the aftermath of the death of a 15 year old black cyclist who is killed in a hit and run accident by a white police officer. She’s also on the program to discuss Alfred Hitchcock’s classic Rear Window. Veena elaborates on the effect that Hitchcock has had on her career, and how it has influenced her being drawn to darker stories. She reveals that she’s just completed her first feature about a teenage girl who accidentally kills her best friend. She also tells a wonderful story of working with the late Jonathan Demme on her show Seven Seconds. This is a truly engrossing episode that deals with the craft behind writing and cultivating a meaningful story.

You can watch Seven Seconds on Netflix.

If you haven’t seen it yet, go watch Rear Window

With April Wolfe with Veena Sud