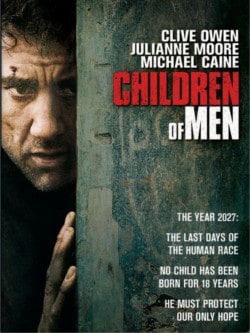 This week we’ve got the multi-talented actor, writer, producer Cleopatra Coleman. You may know her best from her role as Erica on the beloved ‘The Last Man on Earth’ with Will Forte. But she’s on the show this week to talk about Alfonso Cuarón’s masterpiece, Children of Men. Cleopatra discusses the direct influence this film had on her new movie, the apocalyptic thriller that she wrote and produced, Hover. They discuss what the future looks like in both of these films and how the advertising and technology affect the lives of the characters. Cleopatra opens up about writing her first feature and the relationship she had with the film’s director. She also reveals that she actually auditioned for a role in Children of Men. Plus, April discusses what went into the famous one take finale shot of the film and how it all went wrong.

You can watch Hover in select theaters now. It will be available on VOD on July 3.

If you haven’t seen it yet, go watch Children of Men

With April Wolfe with Cleopatra Coleman