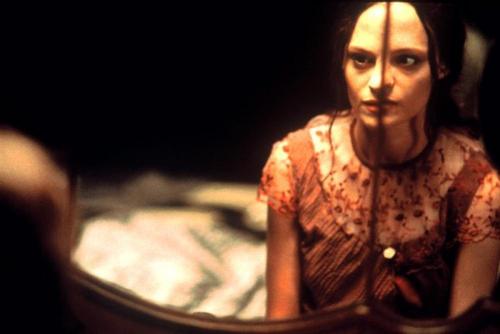 It is the return of one of our all-time favorite guests; writer, actor, director, and ‘Reading Glasses’ host, Brea Grant. She’s on the show this week to talk about 2002’s May, a movie described by April Wolfe as a spiritual prequel to Brea’s latest film, 12 Hour Shift. Brea discusses expediting the exposition in her film, Lucky, and how she pitched it by describing one specific scene; a wife wakes up to find a murderer in her house. She wakes her husband who says, “Of course he’s here, that’s the man that tries to kill us every day.”

May and 12 Hour Shift also happen to share the same lead actress, Angela Bettis. Brea describes what a dream she was to work with, and how she even helped the crew wrap the set on the final night of shooting. Brea talks about the expressiveness of the human face, and how one DP on the set of Heroes showed her how much her face takes up the screen, changing her acting forever. And lastly, Brea describes how David Arquette brought a donkey to set to raise spirits, and it did just that!

You can watch 12 Hour Shift on October 2nd.

If you haven’t seen May yet – it’s great!

With April Wolfe and Brea Grant.