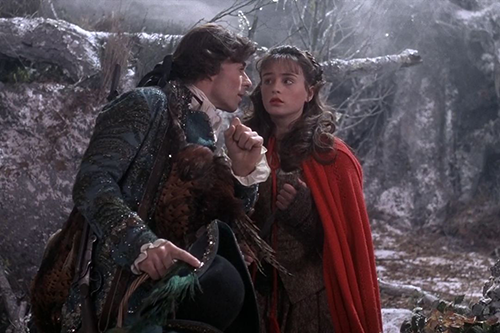 The Company of Wolves

This is a special episode because one of our guests is an actual baby. The other guest is her mother; actor, writer, and director Alice Lowe. You may recognize Alice from her acting work in any number of things; Ben Wheatley’s Sightseers (which she co-wrote), Garth Marenghi’s Darkplace, Hot Fuzz, The IT Crowd, and many others. But she’s also a director, and wrote, directed, and starred in 2016’s Prevenge. She’s on the show today, calling in from London, to talk about the undersung 1984 fantasy, The Company of Wolves. She and April discuss making independent films and not limiting your imagination just because you’re doing things differently. They chat about the writer Angela Carter and utilizing dream logic. Plus, Alice hammers home the importance of not eliminating the tragic elements from fairy tales.

You can watch Alice most recently in Dark Encounter on Prime.

Or check out her feature Prevenge on Shudder.

If you haven’t seen The Company of Wolves, you simply must.

With April Wolfe and Alice Lowe.

Liked Episode 145: ‘The Company of Wolves’ with Actor and ‘Prevenge’ Director Alice Lowe? Listen to these next...