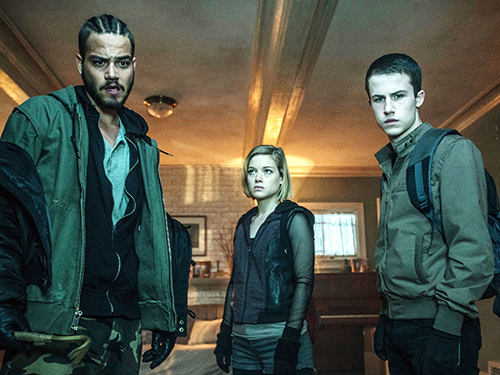 We have an exceptionally packed show with two separate guests! First up, we’ve got the electrifying director of Blumhouse’s Into the Dark: Culture Shock, Gigi Saul Guerrero. She’s on to talk about the terrifying 2016 film, Don’t Breathe. She and April chat about motivating actors with intensity and trickery. Gigi also talks about communicating with the entire crew so no one gets impatient. After Gigi we have a quick conversation with the artistic director of Indie Memphis Film Festival, Miriam Bale. She and April discuss diversity at film festivals, capturing the spirit of Memphis, and, of course, ghosts. This is an episode not to be missed!

You can watch Into the Dark: Culture Shock right this very minute on Hulu!

And if you haven’t seen Don’t Breathe…it’s freaky!

If you’re interested in getting 20% off your Beta Brand purchases go to www.betabrand.com/switchblade

Liked Episode 122: ‘Don’t Breathe’ with ‘Into the Dark: Culture Shock’ Director Gigi Saul Guerrero and a Conversation with the Artistic Director of Indie Memphis Film Festival Miriam Bale? Listen to these next...