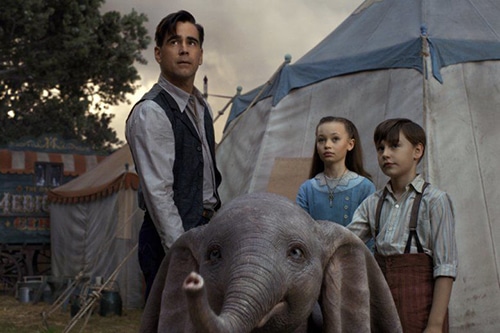 Dumbo
Elephants flying? Well this podcast flies…because it’s so entertaining! Drea and Alonso are joined by The JV Club host, writer and actor, Janet Varney. They discuss the new Tim Burton remake, Dumbo. Plus, in celebration of Janet’s appearance on the show, the gang talks about the movies they loved the most as teenagers. And, as always, staff picks.

In news, R.I.P. Agnes Varda, Joel Coen goes solo with his MacBeth adaptation, and the anti-abortion propaganda film Unplanned does well at the box office.