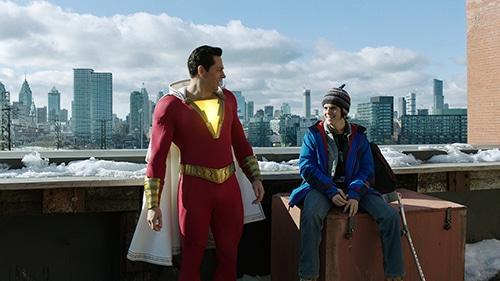 Shazam!
Shaaazaaam! The gang discusses the brand new entry into the DCEU with special guest, author Brian Raftery. They dissect the portrayal of superheroes on screen, and discuss how there is little deviation from the stereotypical superhero body archetype. Plus, the crew talks about the movies of 1999 and Brian’s new book, Best. Movie. Year. Ever.: How 1999 Blew Up the Big Screen. And, as always, we’ve got staff picks.

In news, the producer for the Aretha Franklin documentary, Amazing Grace, did not get paid a dime for years of work, Sam Mendes is shooting his new WWI film all in one shot, and Francis Ford Coppola gets ready to make his new movie, Megalopolis.