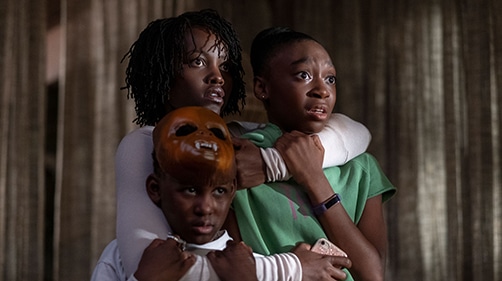 Us
It’s a Max Fun Drive miracle! An episode released on a Thursday, Ricky’s back at the helm, AND the gang’s talking about one of the most hyped movies of the year – Us. There are gonna be SOME spoilers in this episode, but remember what April says “It’s not what happens but how it happens that makes a movie worth watching.” The crew also discusses their favorite big, dumb action films. And as always, staff picks.

In news, R.I.P. Larry Cohen, Disney gets rid of the Fox 2000 division, and a high school in New Jersey puts on a theatrical production of Alien.

April – The Discreet Charm of the Bourgeoisie
Drea – The Invitation
Ricky – Spider-Man: Into the Spider-Verse

If you’d like to support this show and the network during the Max Fun Drive, click right HERE!