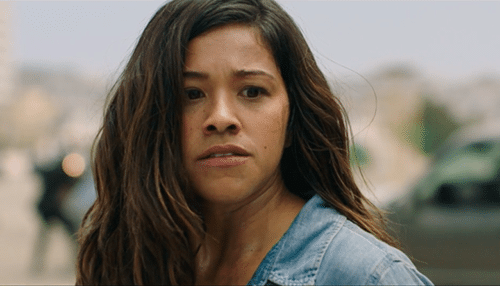 Miss Bala
This week, the original crew holds it down – April, Alonso, and Ricky. And they are tackling the new Catherine Hardwicke/Gina Rodriguez film, Miss Bala. You can rest assured that this team won’t miss, Miss Bala (thank you). The gang also covers Hollywood remakes of foreign films. Plus, in our additional segment, they talk at length about their favorite music moments in movies. And, as always, staff picks.

In news, the “Ben Affleck Batman era” is over, Liam Neeson reveals a disturbing story about wanting to murder a “black bastard”, and a new David Bowie biopic does not have the music rights.