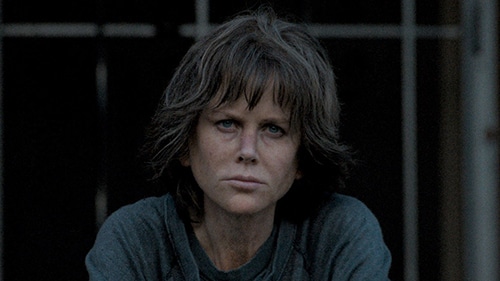 Destroyer
A brand spanking new ‘Who Shot Ya?’ right out of the package! This week the crew is discussing the new Karyn Kusama/ Nicole Kidman joint, Destroyer. They’re joined by fellow film nerd, comedian Graham Elwood of the ‘Comedy Film Nerds’ podcast. The gang questions Nicole Kidman’s hair choices in the film and compares her character to other great LA gumshoes of the cinematic past. Plus they discuss the movies they have flip-flopped on since originally viewing, either for good or bad, in a segment they’re calling Film Floppers. And as always, they’ve got those tasty staff picks.

In news, Coming to America 2 is in the works, and Cardi B has some thoughts on Bird Box.