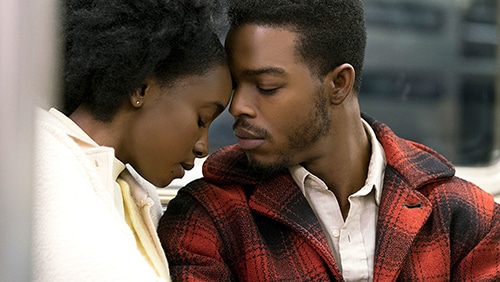 If Beale Street Could Talk
Ahhhh. A fresh new ‘Who Shot Ya?’ off the vine! This week the crew is talking about Barry Jenkins’ follow up to Moonlight, If Beale Street Could Talk. They dissect the film and discuss Jenkins’ use of close ups, the portrayal of black love, and depicting black men in a different way. PLUS, the gang has some things to tell the Academy of Motion Picture Arts and Sciences about the Oscars in a segment called “I’d Like to Remind the Academy…” In this segment they will remind the Academy of things they may have carelessly overlooked when voting on Academy Award nominations. And since our podcast is the official podcast of Hollywood, we may just sway some votes. To finish off the episode, as always, we have staff picks.

In news, the panel’s reaction to the Golden Globes, Brooklynn Prince from The Florida Project is directing a short film, and the number of female directors in the top 250 grossing films is down this year.