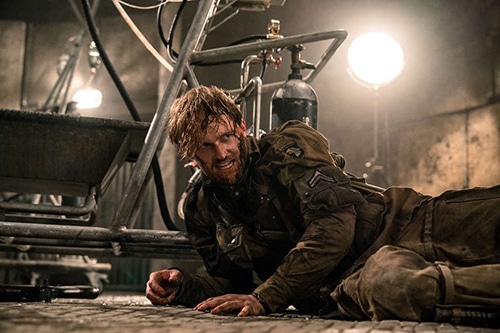 Overlord
A fresh episode of Who Shot Ya? right out of the oven. We’ve got the classic crew of Ricky, Alonso, and April, and they’re talking about the newest installment in the “Nazi Zombie” movie genre. That’s right, we’re discussing Overlord. In addition to that, April is only slightly “yawny” this episode. Alonso is excited about Oprah’s Favorite Things list. And Ricky is hyped over a Tribe Called Quest and Wu-Tang mash-up album. Plus, the crew discusses the life and work of Stan Lee. We’ve got another installment of Alonso’s Christmas Minute. And, as always, we’ve got staff picks.

In news, Spike Lee wants to make a musical, FX asks the Supreme Court to throw out Olivia de Havilland’s lawsuit, and James Woods has a moment of redemption.