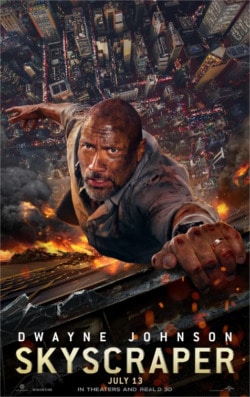 Skyscraper
We are Alonso-less this week! But no fear, we more than make up for it with our stellar array of guests. We’ve got the return of Drea “The Dope Rhyme Slaya” Clark. Plus, a first time guest, music supervisor and Heat Rocks host, Morgan Rhodes. The crew is discussing the new Rock film Skyscraper. Several parallels are made between this new “building related action film” and Die Hard. They evaluate the career and acting capabilities of The Rock himself. Plus, Morgan commemorates Poetic Justice on the 25th anniversary of its release. And as always, staff picks. Make sure to listen closely, because the “El Mero-Mero de Navidad” may make a cameo in this episode.