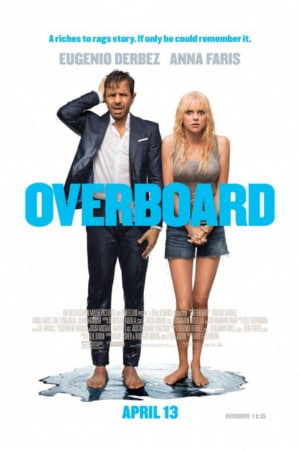 Overboard
This week we’re going Overboard! The crew discusses the new Anna Faris and Eugenio Derbez film and compares it to the problematic original. They celebrate the underappreciated career of Anna Faris. April bemoans the fact that there are so few good female characters written into comedies. And much to the dismay of Drea, Alonso dumps all over the original Overboard. Plus, the gang discusses some of their favorite mothers in movies – the good and the evil. And as always, we’ve got staff picks.

In news, Bill and Ted 3 is actually happening, Ryan Murphy has the idea for a #MeToo TV show, and the royal wedding will be screened live in in theaters.

Next week we’re discussing Breaking In.