You can watch a video version of this episode! Follow us on social media (@gofactyourpod) and send us a direct message to receive the link.

In space, no one can hear you trivia! This brand new Go Fact Yourself was recorded as part of Politifact’s  “United Facts of America: A Festival of Fact-Checking.”

Hari Sreenivasan is an anchor and senior correspondent for “PBS Newshour.” As a journalist, he’s dedicated most of his professional life to helping viewers understand facts from fiction. But even before that, he used to watch the news for another reason: to help his parents learn English.

Hari’s opponent is fellow broadcaster Jessica Yellin. She began her career as a journalist with the goal of one day becoming a White House correspondent — which she accomplished! Now she’s got a new goal: delivering “calm news” through Instagram to provide information without a panic attack.

What’s the Difference: Just the Facts

What’s the difference between “assume” and “presume?”

What’s the difference between proof and evidence in a court of law?

Jessica: David Bowie, the TV show “Dynasty” and how to do makeup in the car. 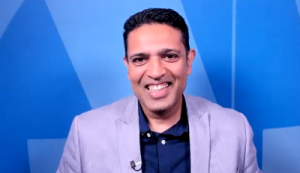 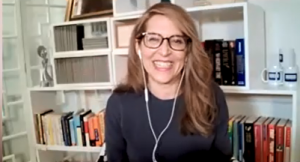 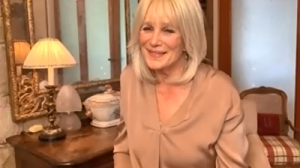 Liked Ep. 84: Hari Sreenivasan & Jessica Yellin? Listen to these next...