This episode of Go Fact Yourself previously streamed live on video, in partnership with NPR station KPCC and LAist! You can watch the entire unedited episode here!

Jonathan Coulton (a.k.a. “JoCo”) is folk/comedy musician who has a lot of experience in the world of trivia: he’s been the in-house musician for the NPR program Ask Me Another since 2012. Jonathan’s also known as the founder and namesake of the JoCo Cruise, a geek and culture convention on a cruise ship. How did Jonathan get so successful to the point that he got a cruise named after him? He’s not entirely sure — but he’s doing his best to celebrate it!

Opposite Jonathan is his Ask Me Another colleague, comedian Ophira Eisenberg. You may recall that Ophira was previously on episode 23. Now, she’s returned new insight about why celebrities are so terrified of trivia and her never-ending quest to become famous in her homeland of Canada.

What’s the difference: A Shot in the Arm

What’s the difference between vaccination and immunization?

What’s the difference between a tentacle and an arm? 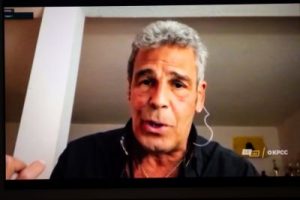 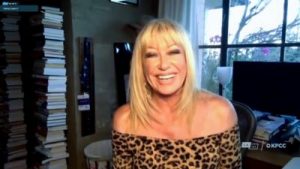 This episode’s livestream was produced in partnership with KPCC and LAist.

And wash your hands!

Liked Ep. 58: Jonathan Coulton & Ophira Eisenberg? Listen to these next...