Dolphins and music and sports, oh my! It’s a brand new episode of Go Fact Yourself!

Margaret Cho is a comedian and actress, known for her role in “30 Rock” as Kim Jong-il, for which she received an Emmy nomination. Margaret is also heavily tattooed, but she’ll explain why she’s ready to slow down the body art now that she only has space on her bodies that would be painful. You can find her tour schedule on her website.

Margaret will face off against fellow comedian and actor Jamie Kaler! He rose to prominence for his role in the TBS series “My Boys.” He’s also a former Lieutenant in the U.S. Navy. He’ll explain why the punctuality he developed as a Navy man was a poor preparation for a career in Hollywood. Jamie can be found in the YouTube series “Dads in Parks” and the “Father Time” podcast

Our guests will reminisce about their careers and answer trivia questions about marine life, basketball and celebrities from the ‘80s and ‘90s.

What’s the Difference: Something fishy

What’s the difference between a seal and a sea lion?

What’s the difference between a dolphin and a porpoise? 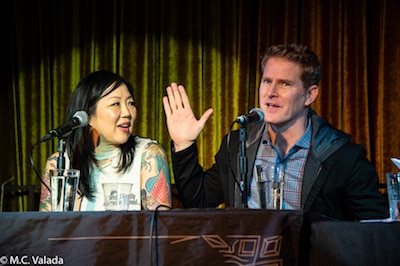 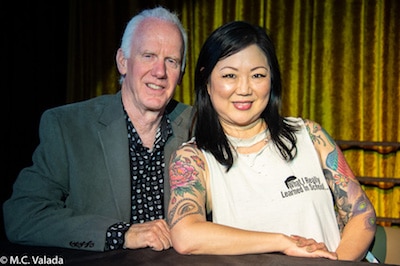