This week’s episode of Go Fact Yourself features topics that are really scary and really funny!

Dave Anthony is a comedian, but he loves making people think just as much as he loves making them laugh. He hosts the podcast “The Dollop” where he tells people about the U.S. history that they probably didn’t learn in school. That includes some less-discussed details about George Washington’s teeth.

Dave’s opponent is Xeni Jardin! She’s the co-editor of one of the premier blogs on the internet: “Boing Boing”. As someone who’s worked with websites for years, she’s got a lot of thoughts on what makes the internet such a great platform for conversation… and why it’s often not-so-great as well.

Our guests will take deep dives into trivia, advocate for important causes and even get to meet a personal hero.

What’s the difference between a battleship and a destroyer?

What’s the difference between a church and a cathedral? 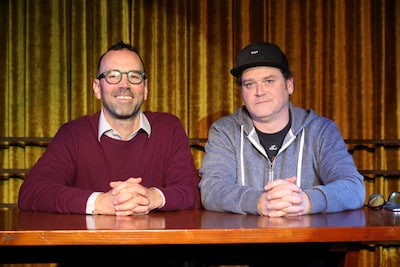 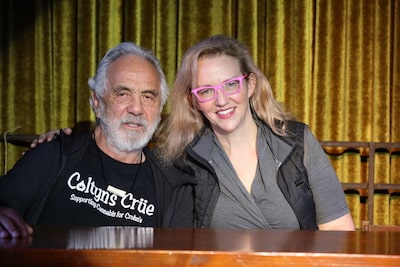 Tommy Chong and Xeni Jardin
Tommy Chong, comedian, writer, actor and cannabis activist.
Go Fact Yourself was devised by Jim Newman and J. Keith van Straaten, and produced in collaboration with Maximum Fun. The show was recorded at The Angel City Brewery in Los Angeles.