Pour yourself a cup of ambition – it’s a brand new episode of Go Fact Yourself!

Clinton Kelly is best known as one of the hosts of the TLC show “What Not to Wear.” For years he critiqued the outfits of others and helped them make better fashion choices. And even though he’s proud of the advice he’s given others, he says his attitude towards clothes has softened these days: If it feels good, wear it! He’ll also tell us about the process of writing his first novel.

Jackie Fabulous is a comedian who got her big break on “America’s Got Talent.” Her performance was so impressive that it earned her a standing ovation and special show of affection from judge Simon Cowell. But she’ll tell us about how she still hasn’t earned praise from her entire family yet. Jackie is the host of the podcast “Relatable with Jackie Fabulous” and her stand-up special “Menoplause” is streaming now.

Our guests will compete to answer trivia about music, movies, and musicians-turned-movie stars.

What’s the difference between “thankful” and “grateful”?

What’s the difference between a corpse and a cadaver?

Clinton: The movie 9 to 5, dinner etiquette, and 1980s parody pornography 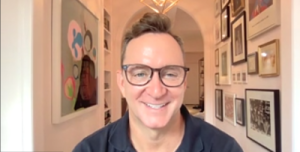 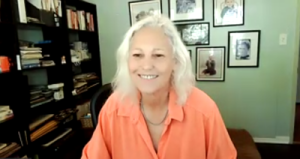 Patricia Resnick, Tony and BAFTA award nominated writer, whose credits include writing the original screenplay for 9 to 5. 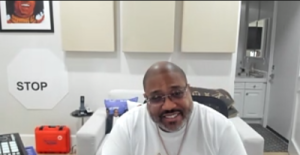 Liked Ep. 114: Clinton Kelly & Jackie Fabulous? Listen to these next...