What happens in Vegas will be recorded for a podcast – again! Once more, live from the Game Show Boot Camp in Las Vegas, Nevada, it’s a new episode of Go Fact Yourself!

Amy Schneider has a 40 game win streak on “Jeopardy!” It’s the second-longest streak in the history of the show; and yet, she and her classmates in 8th grade predicted she would go on to appear on the show. Amy will tell us everything that went into her time as a trivia champion, including perfecting her buzzer technique.

Brandon Blackwell is also a “Jeopardy!” winner. In fact, he’s competed in trivia all around the world. What’s the difference between winning a competition in the U.S. vs. winning one in the U.K.? It all comes down to the bottom line. Brandon will also tell us why understanding his physical limitations as a child led to his career in trivia.

Our guests will compete to answer trivia about graduate-level science and high school-era TV shows.

What’s the Difference: Betting the Farm

What’s the difference between betting and gambling?

What’s the difference between a farm and a ranch?

Brandon: The Periodic Table, winners of the Nobel Peace Prize, and things Paulie Walnuts has said on the TV show “The Sopranos.” 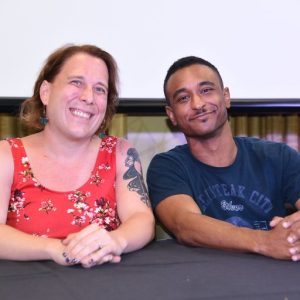 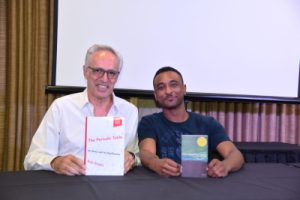 Dr. Eric Scerri, UCLA professor and author of the book The Periodic Table: Its Story and its Significance. 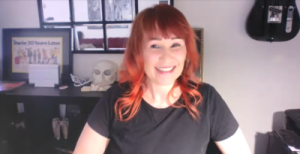 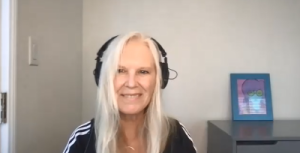 Liked Ep. 113: Amy Schneider & Brandon Blackwell? Listen to these next...