James Holzhauer is one of the all-time great “Jeopardy!” champions, racking up a 32-game win streak. It helped that he approached the game with his skills as a professional gambler. He’ll explain more about that and tell us about how he’s now banned from most casinos on the Las Vegas strip. You’ll also hear more about James’ charity work with Project 150 to help unhoused students in Las Vegas.

Victoria Groce is also a “Jeopardy!” champion and one of the only people whose trivia knowledge intimidates James. She’ll tell us about how her first day on “Jeopardy!” was part of a whirlwind of life changes that could only be fueled by tea and energy drinks. Plus we finally find where the worlds of trivia and knitting overlap

Our guests will compete to answer trivia about baseball, bargaining, and boys with violins.

What’s the difference between haggling and bargaining?

What’s the difference between a choice and a decision?

Yesika: The movie The Life Aquatic with Steve Zissou, the musician Kishi Bashi, and celiac disease. 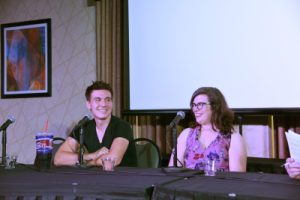 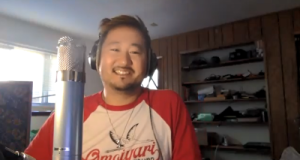 Kishi Bashi, musician and subject of the film Omoiyari. 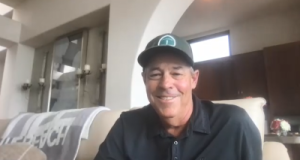 Greg Maddux, Hall-of-Fame baseball player, who led the MLB in wins and Cy Young Awards in the 1990s.

Liked Ep. 112: James Holzhauer & Victoria Groce? Listen to these next...