It’s time to have the time of your life on a brand new live-audience episode of Go Fact Yourself!

Drew Carey is no stranger to the world of game shows. In 2007 he became Bob Barkers’ successor as host of “The Price is Right.” He’ll tell us the special advice Bob gave him when he took over, and explain why he doesn’t expect to match the 50-year tenure of his predecessor. You can also hear Drew’s “Friday Night Freakout” weekly on Stevie Van Zandt’s Sirius XM channel “Little Steven’s Underground Garage.”

Yesika Salgado is a poet and activist, whose work has been featured in many publications. She also has a strong presence on social media. She’ll explain why she refers to her fans as “mangos” instead of “followers.” Plus, she’ll tell us about the secret science (and lack thereof) behind slam poetry.

This episode was produced in conjunction with KPCC and recorded live at the Crawford Family Forum in Pasadena.

Our guests will compete to answer trivia about dirty dancing to garage rock.

What’s the difference between ceramic plates and porcelain plates?

What’s the difference between a “plate appearance” and an “at-bat” in baseball?

Drew: The movie The Producers, garage band rock, and Cleveland.

Yesika: The movie Dirty Dancing, the show “Sex in the City,” and Catholocism. 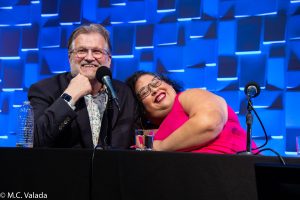 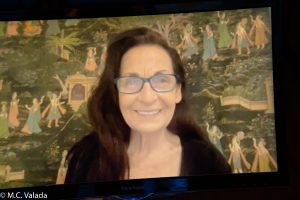 Miranda Garrison, starred as Mrs. Pressman and worked as an assistant choreographer on Dirty Dancing. 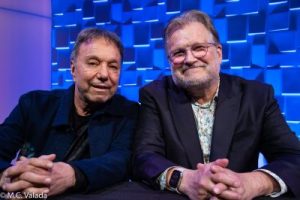 Don Caverhill, rock musician, composer and producer – and original member of The Kingsmen.

Seeing our upcoming live show in LA by YOU!