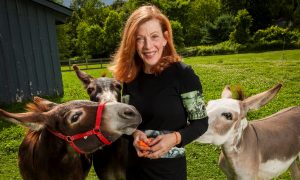 Writer Susan Orlean on her new book On Animals

This week we welcome back writer Susan Orlean to talk about her latest book, On Animals. It’s a collection of essays about animals and how we live with them. The animals we eat, the animals we call companions, pets, movie stars, and co-workers. She writes about donkeys, dogs, tigers, whales, and so many others. 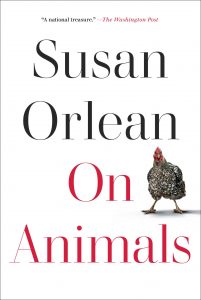 Susan has written about animals for just about her entire career. She has covered backyard chickens in the New Yorker and wrote the definitive book on Rin Tin Tin, the movie star dog. In fact, the very first thing she wrote, at just 6 years old, was an illustrated story about a near-sighted pigeon.

And it’s all in Susan Orlean’s voice which is elegant and conversational. She’s like the smartest friend you know holding court at a party.

Susan joins us to talk about her new book and humanity’s complicated, fascinating history with animals. She also talks about animal actors, and why they are almost always more likeable than human actors. Plus she shares the one animal she wants to pet that she has not had a chance to yet.

Liked Susan Orlean, author of ‘On Animals’? Listen to these next...