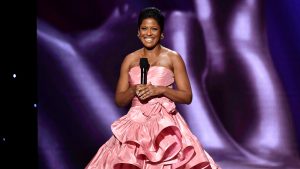 Tamron Hall on her debut novel, her daytime talk show and more

Tamron Hall has worked in television for years. She recently kicked off the third season of her Emmy Award-winning talk show, which is called Tamron Hall. The daytime talk show includes segments around trending topics, cooking, and interviews that tackle meaningful conversations.

Before that, Tamron worked in news. She had her own show on MSNBC and, for a time, was a host on the Today show. Tamron also hosts the Discovery series Deadline: Crime – a true crime news magazine.

As if she wasn’t busy enough, Tamron has taken on an entirely new endeavor: fiction writing. She just published her debut novel called As the Wicked Watch. It tells the story of a reporter who’s trying to unravel the mystery of two murdered girls in Chicago. 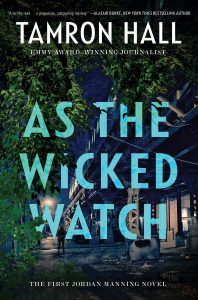 One of Tamron’s biggest fans is Jarrett Hill. Jarrett’s a journalist himself – he’s worked for Vanity Fair, the New York Times and CNN. He’s also a co-host of the Maximum Fun podcast FANTI.

Tamron Hall joins guest host Jarrett Hill for a conversation not just about the new novel, but on hosting for TV and the unique challenges Black journalists face, even super famous hosts like Tamron Hall.

Liked Tamron Hall? Listen to these next...