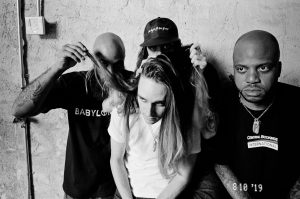 Trash Talk on their new EP Squalor
Trash Talk got their start playing DIY venues in Northern California more than a decade ago. They’ve since gone on to play their hardcore punk in front of crowds at music festivals like Coachella and Camp Flog Gnaw.

The music they play is fast. It’s loud. Very aggressive. Think along the lines of Black Flag or Suicidal Tendencies with a bit of thrash metal thrown in.

If you read a profile about the band, odds are the writer will let you know that Trash Talk is your favorite rapper’s favorite punk band.

Trash Talk have recorded on Odd Future Records. The same place that was home to Tyler the Creator, The Internet and others. They’ve toured with rappers like Action Bronson and Tyler. 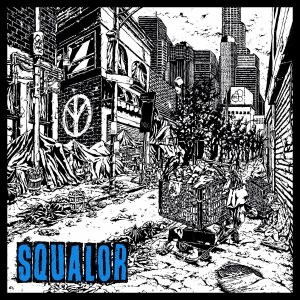 They talk about Squalor and how the band’s music has changed over the years , in particular the band’s lyrics and themes. They’ll also chat about what makes the crowds at the band’s shows so different from most punk shows. Trash Talk will be hitting the road once it’s safe to do so – but for now Squalor is perfect for a circle pit in your living room if you’re looking to let out any pent up rage during quarantine.

Liked Hardcore Punk band Trash Talk? Listen to these next...