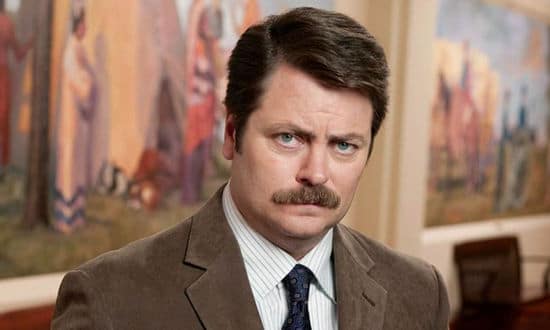 Nick Offerman is a man accustomed to being recognized. As Ron Swanson on Parks and Recreation, he sports one of the most revered moustaches in recent television history.

It would be easy to conflate Offerman with Swanson. They’re both masculine, moustachioed men with a penchant for carpentry, but Offerman is quick to distinguish himself from his civil servant counterpart. He credits the writers of the show for giving Swanson possession of larger-than-life quirks, such as the ability to ingest mountains of bacon or guzzle moonshine by the jug. Offerman, however, has a much more relatable story to tell.

He grew up in small town Illinois and studied theatre in college before performing in several Chicago-based theatre and improv companies. He joins us to talk about his rural roots, why woodworking has remained an important part of his life (and not an affectation), and the public perception of Ron Swanson as the personification of manliness.

Nick Offerman’s new book of essays is Paddle Your Own Canoe: One Man’s Fundamentals for Delicious Living. You can also catch him on the sixth season of Parks and Recreation, airing now. 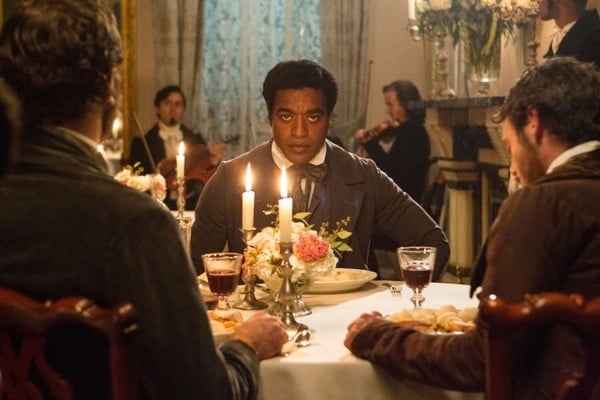 Linda Holmes and Glen Weldon of NPR’s Pop Culture Happy Hour stop by to recommend a couple of their current favorite things.

Linda recommends 12 Years a Slave, a film about the true story of a free black man kidnapped and sold into slavery. The film, starring Chiwetel Ejiofor and directed by Steve McQueen, tells the story of a man thrust into a life of injustice he doesn’t deserve. And as Linda explains, it’s more than just an “important” movie.

The movie is in theaters on October 18.

Glen recommends the new comic Sex Criminals, written by Matt Fraction with art by Chip Zdasky. It may have a racy title but, at its heart, it’s the classic coming of age story about a girl who discovers that by doing the deed, she can stop time. 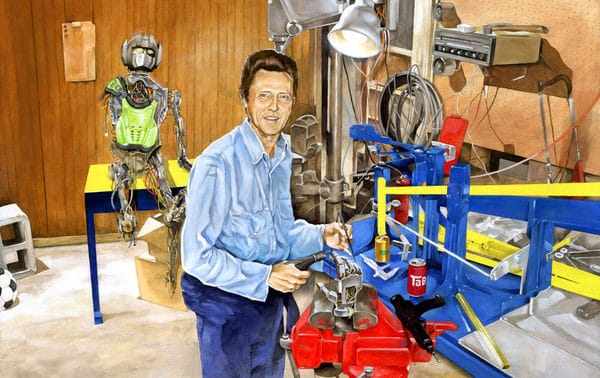 Brandon Bird is a painter, but the purpose of his work isn’t to capture the light dancing across a lake. Or to make a broad point about society. The point of his art is to make people laugh.

Brandon tells us about the day he became an artist, and how he went from making fan art to creating something really special.

His new activity book, Brandon Bird’s Astonishing World of Art, includes Law and Order SVU valentines, a page where you can draw Nicolas Cage a new hairstyle, and a painting of Peter Dinklage as Wolverine (among many other things). 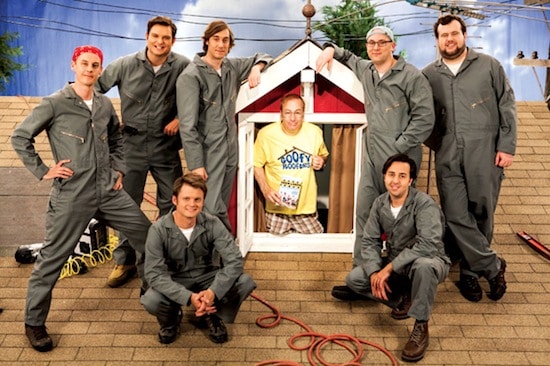 Comedy Sketch Group The Birthday Boys Asks: “What if Seven Morons Were Doing That Thing?”

The Birthday Boys’ work is silly. Really silly. They’re a group of seven comedians, and their sketch comedy is warm, almost never obscene or profane, sort of uniquely American. Not too long ago, they caught the eye of comedy superstar and Mr. Show co-creator Bob Odenkirk. He’s now the executive producer, cast member and an addition to the writer’s room on their new television show for IFC.

Group members Jeff Dutton, Tim Kalpakis and Chris VanArtsdalen join us to talk about why they commit to the silliness, what makes a good sketch and how one of their idols became creatively involved in their first TV series.

The Birthday Boys premieres on October 18 on IFC. 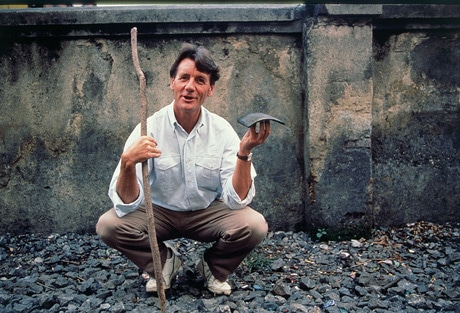 You probably know him from hamming it up for Monty Python in the ‘70s, but since then Michael Palin has released a steady stream of travel documentaries. Jesse talks about Michael Palin and why he’s everything good about British colonialism.