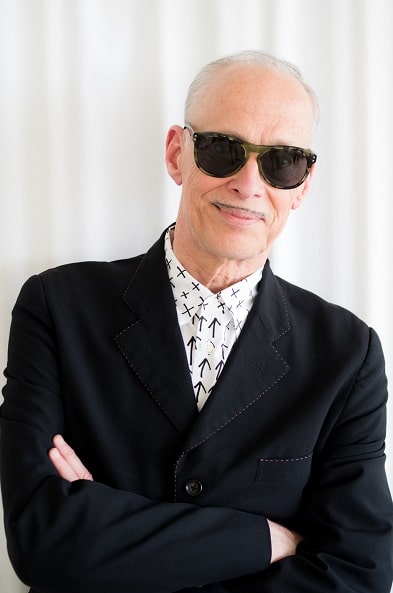 Photo: Jesse Thorn
John Waters on his legacy in film, Little Richard, his mustache, and more
John Waters is a director who hasn’t made a movie in over a decade, and he doesn’t really plan to make any more. He’s directed some classics like Pink Flamingos, Cry-Baby and probably most notably Hairspray.

Even though he’s not making movies anymore, he keeps busy. He’s an actor – he played director William Castle in FX’s Feud, Pete Peters in Seed of Chucky and he even had a cameo in one of those Alvin and the Chipmunks movies.

He’s done a ton of live performances, released a few compilation albums and he’s written seven books. When he joined us in studio he talked about his book Make Trouble. The book was based off a commencement speech he gave at the Rhode Island School of Design in 2015.

Jesse talks with him about Little Richard, trigger warnings, and how the film industry tried (and failed) to make the King of Trash compromise his work. Plus, he’ll tell us about the fabulous Commes de Garcon shirt he wore to the recording.

His latest is his memoir, Mr. Know-It-All: The Tarnished Wisdom of a Filth Elder. It’s out now. You can also find the recent Criterion Collection re-release of Multiple Maniacs, one of John’s first ever movies on DVD.