Culture Picks: Mark Fraueunfelder of Gweek
Mark Frauenfelder of Boing Boing and the Gweek podcast joins us to share his recommendations this week: the drawing game Depict and the Blackwing 602 pencil. (Embed or Share Mark Frauenfelder’s Picks) 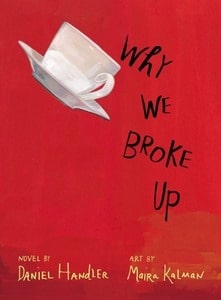 Author Daniel Handler
Daniel Handler delves into his memories of young love and high school frustrations to pen the novel Why We Broke Up — the twist? He writes the girl’s side of the story. The story is illustrated by a collection of items collected during the relationship; the paintings are provided by New Yorker illustrator Maira Kalman. Daniel Handler is also known by his alter ego, Lemony Snicket, who authored A Series of Unfortunate Events. (Embed or Share Daniel Handler on Bullseye) 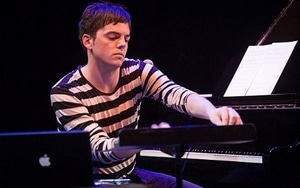 Nico Muhly: The Song That Changed My Life
Nico Muhly is a classical composer who’s worked with a wide range of musicians, from high-profile composer Philip Glass, to Icelandic snger-songwriter Bjork to indie rockers Grizzly Bear. His opera Two Boys is set to debut at the Metropolitan Opera in the 2013-14 season. He talks to us about the song that changed his life — Steve Reich’s Music for 18 Musicians. (Embed or Share Nico Muhly on Bullseye) 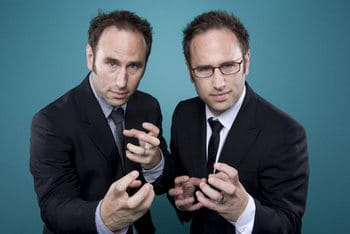 Comedians The Sklar Brothers
Jason and Randy Sklar, known collectively as The Sklar Brothers, are comedians and actors perhaps best known for their ESPN show Cheap Seats. They’ve got a new stand up album, Hendersons and Daughters and are the hosts of the comedy podcast Sklarbro Country.
They spoke to us about forming identities as stand up comedians (and twins), broadening sports comedy for the average Joe, envisioning the writing process for Grimm’s Fairy Tales, and more. (Embed or Share The Sklars on Bullseye)

The Outshot: The Newsroom
Americans enjoyed a wave of cringe-inducing awkward comedy in Curb Your Enthusiasm and The Office. This week Jesse recommends one of their precedents, the Canadian series The Newsroom.
(Embed or Share The Outshot)