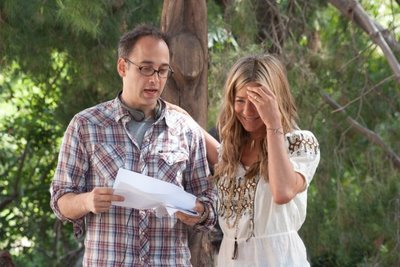 Writer, director, comedian, and actor David Wain has worked on many projects, from cult classics to commercial successes. From his early days on MTV’s sketch comedy show The State he moved on to write and direct the cultishly popular film Wet Hot American Summer. David returns to our show to trace his career path, discuss what made The State such a special comedy troupe, and of course talk about his new Judd Apatow-produced comedy, Wanderlust. The film opens in theaters nationwide on February 24th. It stars Paul Rudd and Jennifer Aniston.
(Embed or share this segment)

Jordan Morris gives the good old U.S. of A. a run down of the top 5 most important things happening within its borders this month. Old friends, Blu-ray movies, how will he break it all down?
(Embed or share this segment)

If you bring the potato salad, we’ll bring the chili as Jesse pines after potlucks with this week’s Outshot, DJ Quik’s Pitch In OnA Party.
(Embed or share this segment)