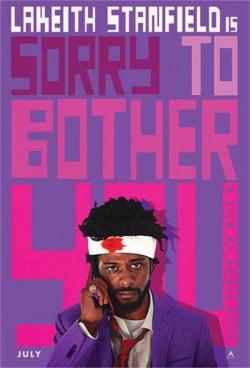 Sorry to Bother You

We’re going guest-less this episode as the ‘Who Shot Ya?’ trio hold down the fort on their own. This week we’re covering the movie of the summer, Sorry to Bother You. In the discussion of the film the crew covers the rise of Oakland in cinema, Boots Riley’s unique vision, and the powerful political message of the film. Alonso makes a case for a double feature with Sorry to Bother You and The First Purge. Plus, the crew puts together the ultimate Top Five list of directorial debuts. And as always, staff picks.

In news, Thanos apparently killed half of the animals, the cast and crew walk off the ‘Roe v. Wade’ film, and James Gunn says a good movie can’t be ruined by spoilers.