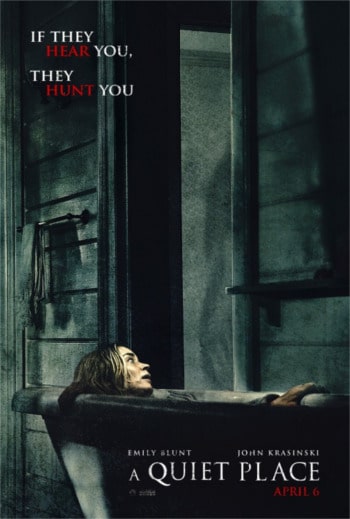 The return of Inkoo Kang! She joins the crew to discuss A Quiet Place. On this episode, April describes her irritation with the term ‘Elevated Horror’ and how it is an attempt to distance certain films from the genre itself. Inkoo discusses her physical reaction to the jump scares in scary movies. Ricky regails the gang with a tale of getting kicked out of the theater. April tells a story about sitting next to a breastfeeding mother while watching A Quiet Place. And Alonso hammers home the necessity for keeping your phone off in the movie theater. Plus, this is the last week of the MaxFunDrive, so the Who Shot Ya? friends detail the importance of donating. maximumfun.org/donate.

In news, Molly Ringwald has some issues with The Breakfast Club, Zoe Saldana is tired of ‘elitists’ putting down the Marvel movies, and Margaret Atwood says the 9/11 terrorists were inspired by Star Wars.