Ray Suarez is a broadcast journalist and news anchor who has done just about everything under the wider “journalism” umbrella. He began his career working for WMAQ in Chicago, covering local and national news. He was a senior correspondent for PBS NewsHour, hosted NPR’s Talk of the Nation for almost seven years, and most recently, he hosted a show on Al Jazeera America called Inside Story. He is a published author, and is currently a visiting professor at Amherst College in Massachusetts. 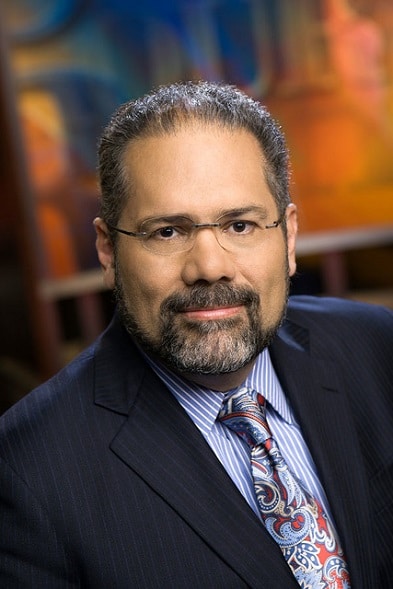 Ray is the kind of journalist that you would want to talk to as a private citizen. He’s kind, morally adept, and does not try to take advantage in any way. He’s still a super fair guy when he’s interviewing public figures, but he tries to get them off script — which he’s become really good at in his more than three decades-long career.

Ray tells Jesse about his childhood ambition to be a professional journalist. They talk about his time reporting local news, and what he learned about talking to private versus public people. They also talk about the moral choices that comes with interviewing non-professionals. We also find out what it’s like to interview politicians, and how to get the better, less rehearsed interview.

Ray has written three books, the most recent of which is called Latino Americans: The 500 Year Legacy that Shaped a Nation. You can also hear Ray interviewing Desus Nice, the Kid Mero, and Walter Murch on Bullseye with Jesse Thorn this past February here.